Get BAD with Bax 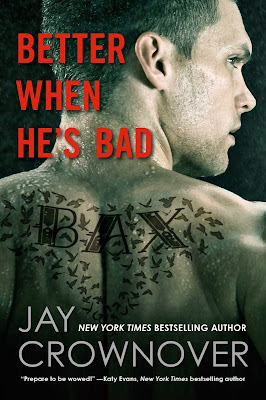 Cover reveal of BETTER WHEN HE"S BAD....it's a good one and def. one of my favorites to date :)

Welcome to the Point
There’s a difference between a bad boy and a boy who’s bad . . . meet Shane Baxter.

Bax terrifies her, awaking feelings she never thought she could have for a guy like him. but it doesn’t take Dovie long to realize that some boys are just better when they’re bad.

Come on you know you want to get BAD with Bax
Posted by Jay Crownover at 5:28 PM