Back Cover Blurb for Better When He's Bad

Ugh...I really hope everyone loves Bax and embraces his dark and sinister world as much as I do!! 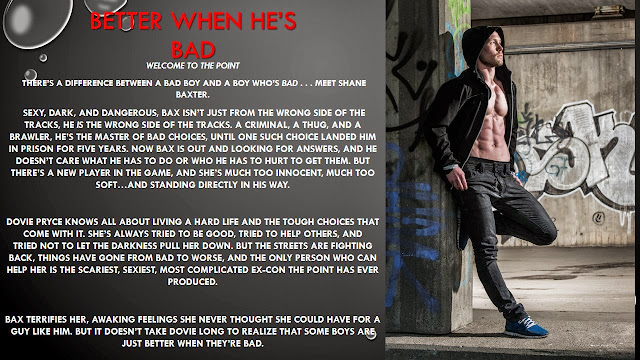 Welcome to the Point

Bax terrifies her, awaking feelings she never thought she could have for a guy like him. but it doesn’t take Dovie long to realize that some boys are just better when they’re bad.
Posted by Jay Crownover at 11:59 AM